Methamphetamine typically comes as a crystal white powder with no odor, is tasteless, bitter, and quickly dissolves in alcohol or water.

Methamphetamine powder is brown and yellow-gray, orange, and pink. It is also possible to compress it into pills.

As we mentioned earlier, it is either smoked, snorted, or snorted.

Crystal meth comes in clear and chunky crystals that resemble ice. It is widely consumed.

Here are some signs indicating someone living in your home is taking meth or could be involved in its production.

It is possible to find the drug in itself. Methamphetamine may appear as a crystallized white pill or powder. Crystal meth is an alternative to the medication, which seems like glass fragments and blue-white rock.

Anyone in your house could be involved in the production of meth when you observe certain ingredients in large quantities or with odd marks.

In addition to the meth ingredient, There are things in your home that you can use to make meth. The methamphetamine-related paraphernalia that you can find includes

There are also some odd gadgets or equipment, like soft drinks with the hoses connected or cans with holes punched through the sides and the bottom.

“Tweaking” is another element that can tell you the likelihood of someone taking crystal meth. The process of tweaking occurs after a binge when the user cannot attain a buzz or a high no longer and cannot achieve the sensations of euphoria that meth can bring and often ends up with an intense desire and a feeling of despair.

If someone living in your house is using methamphetamine or other drugs, they could display warning signs such as these: 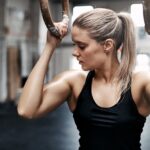 How Long Does Adderall Last in the Body?