The Murph WOD, or the CrossFit workout of the day, is one of the heroes. These workouts honor those who have served our country and made the ultimate sacrifice.

“Murph,” honors Lieutenant Michael Murphy, Patchogue, NY, who was killed while serving in Afghanistan in 2005. Murph is now an icon among those who are well-known  CrossFit workouts All over the world, and especially to pay tribute to U.S. Memorial Day

The Murph workout can do at any time. It consists of:

Murph is done while wearing a weighted vest (20lbs) or body armor. These vests are required for the competition version of this WOD. However, most CrossFit boxes allow you to train with a weighted vest.

Who was LT Michael Murphy?

Lieutenant Michael Murphy, a SEAL Team member, was killed while serving his country in Afghanistan during Operation Red Wings.

Lt. Michael Murphy, Matthew Axelson, and Danny Dietz, Petty Officers, were dropped into Afghanistan’s mountains on June 28th. Over fifty militiamen ambushed them after inadvertently wandering onto their position.

Although they were outnumbered, the soldiers fought hard—finally, lt. Murphy, hiding, escaped from cover and called for help when he found a signal.

Murphy, Dietz, and Axelson were among the 8 SEALS who died that day, along with 8 Army Night Stalker soldiers, when the helicopter they were flying to save the men was shot down.

Luttrell was barely alive when he escaped. However, locals found his body and brought it to a village, where he took care of it for three days before being rescued from the SEALs.

When did the Murph Challenge Start?

Dr. Joshua Appel was a pararescueman for the Air Force in 2005. He is now the chief of emergency medicine at the Southern Arizona Veterans Administration Health Care System.

He was the team leader that saved Marcus Luttrell and recovered Danny Dietz and Michael Murphy. He kept the body armor that he wore to recover Murphy’s body.

He decided two years later to bring everyone to his CrossFit to perform the “Murph” on Memorial Day to honor Michael Murphy and all those. They had lost their lives while on active duty.

They continued the exercise yearly until 2010, when Dr. Appel reached out to Dan Murphy, Michael’s father, and asked if he could create a national fundraising campaign.

The website was created, and he invited members to participate in the Murph Challenge by paying a small fee. The Lt. Michael P. Murphy Memorial Scholarship Foundation would receive all proceeds.

The challenge grows each year. Seven thousand eight hundred people registered and donated in 2011. Mike Sauers, a founder of Forged, increased the number to over 10,000 the following year.

Shutterly recommends that you try pull-ups for the first time if you have never done them. This will ensure that your form is correct and prevent injury. Although some people can pull up 100 in the Murph WOD with no problem, others may need to modify the exercise to do this many reps.

Many athletes choose to do kipping instead of doing strict pull-ups. This uses momentum to help them complete more reps faster or use a resistance band. Shutterly says that a band can use to add some support to regular pull-ups and allow you to use your upper body more. The thicker the band, you will get more assistance.

A. Wrap the resistance band around the pull-up bar, and pull one end through another to create a loop. Then, with your arms extended, place one foot through the loop.

B. Pull up until your chin touches the bar. Then slowly lower back to the starting position.

You can modify the Murph WOD with a jumping pull-up if you don’t have a resistance band or if you want something different while going through the pull-up portion. Shutterly explains that a jumping pull-up allows athletes to jump with their legs and get their chin above the bar. It still requires pulling, but it’s much less because you’re drawing power from your lower body.

It’s time to move on to the next section in the Murph WOD, the push-ups. For newbies to push-ups, you might consider a modification such as a box- or banded push-up. She says that she likes these modifications because they allow you to keep your push-up form and not fall to the ground. This keeps your core engaged, and, as with most movements, the core is the meat of the movement. This means you will still reap the maximum benefits of the CrossFit Murph workout even if you don’t do the original version.

These push-up variations may seem easy, but don’t try to do too much. Shutterly says, “If you’re doing regular push-ups be careful with how many you do at once.” Although you may feel great when you first start, if your body isn’t used to the volume, it will soon become difficult to maintain a consistent level of reps. You will be able to do more in a shorter time frame if you break it down into smaller sets and take short rests.

If you don’t like regular push-ups, the box push-up modification can be used in conjunction with the Murph CrossFit workout. Shutterly says, “The higher the box, it’s easier.”

A. Stand with your hands shoulder-width apart at the box’s edge. Then, with heels elevated off the ground, step back with both feet into a plank position.

B. Draw shoulders away from the ears to lock in lats. Engage quads and glutes. Slowly lower your chest towards the box. Keep the core engaged and ensure that the body is straight from head to foot.

To perform modified push-ups, if you don’t have access or a plyobox during Cross-Fit Murph, loop a resistance band around your hips and attach it to a pull-up. Shutterly says this is similar to the banded pull-up and provides more assistance as you go up. (Related to Wide-Grip Push-ups are Very Different From Regular Push-Ups.

A. Start on a high plank with your hands under your shoulders, legs extended, and feet about hip-width apart.

B. Engage the core by tucking your tailbone and drawing your navel towards the spine. Next, draw shoulders away from the ears and lock in lats. Engage quadriceps and glutes.

C. Extend your elbows so that your arms are at a 45-degree angle from your body. Keep your neck neutral by looking down. Next, lower your chest and bend your elbows, ensuring that you are 3 inches above the ground. Keep your core engaged during the movement to ensure that your body follows a straight line from head to toe.

D. Push back to the starting position.

Next in the CrossFit Murph program? Squats. Try a modified version of the lower body movements to make it easier for beginners. Shutterly says that no matter how you do a squat, you should squeeze your butt when standing up. This will help reduce the amount of work your quads must do. Also, you should avoid falling into the bottom of your squat, especially as you run the second mile.

Shutterly says that you can modify an air squat by setting a target for your butt to hit as you sit down in your squat. The higher the target, then you will be able to squat easier. You won’t need to modify it if you are familiar with the squatting movement.

A. Standing with your feet slightly wider than your hips and your toes slightly outward, place your target in front of you. Engage your core.

B. Take a deep breath and hinge at your hips. Next, bend your knees to lower yourself into a squat position. Your glutes should touch the target. Immediately, simultaneously, extend your arms in front of your body.

C. Inhale and press down on the mid-foot to straighten your legs. The hips and torso will rise at the exact moment to get back to the starting position. Immediately, bring your arms back to your sides.

What Are You Going to Need for the Murph Challenge?

You will need a pull-up bar to complete this workout. This bar allows you to perform push-ups and squats safely. A one-mile run distance is also available.

A stopwatch may also be helpful to help you time your event.

The Murph Challenge is now an international event and a way for Americans to remember fallen soldiers.

No matter the fitness level, anyone can sign up to take the Memorial Day fitness test.

Although it requires very little equipment, it can be pretty challenging. If you want to modify the exercises for your purposes, make sure you are proficient in all movements. This Memorial Day, pay tribute to our fallen soldiers by getting in a good workout that makes you feel alive and gets your heart pumping. 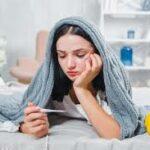 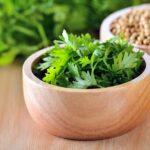 What is deep tissue massage?

The Best Pre-Workout for Women

What Are the Hip Dips?