Cervical lymph nodes also called cervical glands, comprise the lymph nodes in the neck area that are essential to our immune system. The tiny structures, shaped like beans, filter harmful substances, including viruses and bacteria, out of the human body.

Cervical lymph nodes connect to other body parts through the lymphatic vessels. These vessels carry an uncoloured, clear fluid called lymph. It is like blood plasma but is a lot fewer cells. Lymph flows through lymphatic vessels and then into the lymph nodes, where it is cleaned and cleansed. Anything harmful, such as cancer cells or bacteria discovered within the lymphatic system, is destroyed by the immune cell referred to as lymphocytes.
Cervical lymph nodes may not always be apparent or visible; however, they may become painful and swell when infected or cancerous. Larger lymph nodes on the neck could indicate various ailments, such as a cold or flu tonsillitis, strep throat or a sexually transmitted disease like the gonorrhoea virus or HIV. It could be an indication of an even more severe illness like cancer.

The cervical lymph nodes can be tiny and located beneath your muscles and skin. This is why most people don’t realize they exist.

Sometimes, however, illnesses can trigger cervical lymph node swelling. If this occurs, you could be able to observe the following: 1

According to the root cause, The lymph nodes might be slightly larger or grow enough to become noticeable. In some instances, swelling can be the sole symptom.

When swelling affects more than one region, lymph nodes, it’s generally referred to as generalized swelling of the lymph nodes.

If a patient has cervical lymph node swelling, doctors will collect a medical history, examine the body and, sometimes, do imaging studies such as CT or ultrasound. Based on the results of the exam, a biopsy could be suggested. A fine needle aspiration (FNA) or excisional biopsy is used to obtain an actual tissue specimen. In some instances, the elimination of the lymph nodes could be necessary as a way of treatment. The treatment for cervical lymph node swelling is contingent on the root causes. For instance, antibiotics could be prescribed if lymph nodes have gotten more significant through an infection. Chemotherapy or radiation therapy could be utilized if the reason is cancer treatment.

The treatment for cervical lymph node swelling is contingent on the cause behind it and is a crucial component of treatment for cancer. Early detection and treatment of neck lymph nodes will dramatically improve the outcomes of neck and head cancer patients. 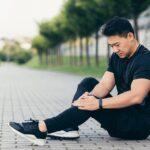 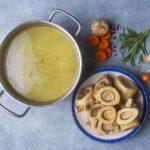