Edema is the swelling caused by the accumulation of fluid in the tissues of your body. Although edema may be affecting any part of your body, you might feel it more prominently on your arms, hands, ankles, feet, and legs.

Edema may be caused by medications, pregnancy, an underlying illness, usually kidney disease, or liver cirrhosis.

Utilizing a medication to eliminate excess fluid and reduce the amount of sodium in your diet can help reduce the symptoms of edema. However, if edema is the sign of an underlying illness causing it, the sickness itself needs special treatment.

Set an appointment with your physician if you experience swelling, shiny or stretched skin, or skin that has an enlarged dimple following pressure (pitting). Consult your physician immediately when you notice:

They could be signs of pulmonary edema, which needs urgent treatment.

Sitting for an extended period, like during a long flight, and you feel leg swelling and pain that doesn’t subside, contact your physician. Persistent swelling and pain in your legs could signal a deep blood clot within the vein (deep vein thrombosis, also known as DVT).

Edema is caused when the body’s tiny blood vessels (capillaries) release fluid. The fluid accumulates in the tissues around it, leading to swelling.

Mild edema may be the result of:

Edema may also be an adverse effect of certain medications, such as:

In certain instances, the edema could indicate a serious medical issue.

Many conditions and illnesses can cause edema, such as:

If you are expecting, the body will store greater amounts of sodium and water than is normal because of the fluid required by the fetus and the placenta, which could increase the chance of developing edema.

It can elevate your risk of developing edema. If you are taking certain medicines, for example:

A chronic illness like congestive heart failure or kidney or liver disease increases the chance of developing edema. Additionally, surgery may obstruct a lymph node which causes swelling of a leg or arm, generally in one area.

If not treated, edema can lead to:

To determine what is causing your edema, your doctor will then conduct a physical examination and ask you questions regarding your medical background. The information you provide is often sufficient to identify the root causes of the swelling. In certain cases, ultrasound, X-rays, magnetic resonance imaging, urine tests, or blood tests might be required. 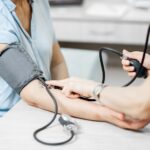 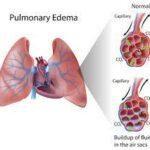